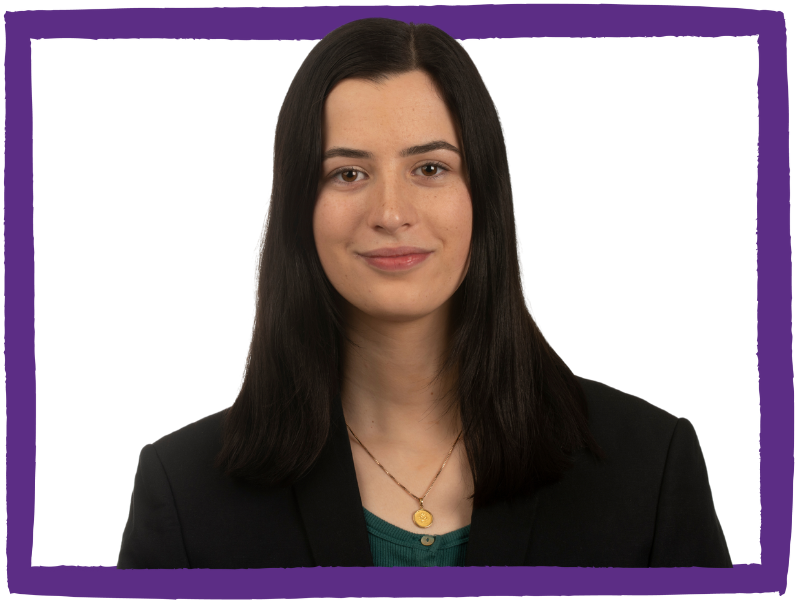 Living on Wurundjeri country in Melbourne’s northeast, Catriona Marshall is proud to be standing as yourAnimal Justice Party candidate for Eltham.

Catriona is a photographer and a university student completing postgraduate studies in Communications. She has lived in the area for the majority of her life, and Eltham is where she attended high school and got her first job.

As a teenager, Catriona came across slaughterhouse footage online and her entire worldview shifted. She saw the pain and suffering being inflicted on animals and knew immediately that she was witnessing a terrible injustice.

Understanding the power that still and moving images can have, she began volunteering with organisations that expose the realities of animal farming in Australia through visual media.

By standing in the state election, Catriona wishes to use the opportunity to advocate for animals, people and the planet. Issues that are important to her include preserving Eltham district’s green wedge, protecting threatened species and transitioning to a plant-based food system.

Catriona feels that urgent and irreversible matters such as mass species extinction and the climate emergency are not being addressed in a way that will protect her generation's future. As a young person herself, Catriona wants to engage young voters who may be disillusioned by the current state of politics.

Upholding the Animal Justice Party values of Kindness, Equality, Rationality and Non-Violence, Catriona will advocate for local community members of all species, and seek to protect their homes in the beautiful leafy suburbs which make up the Eltham district.

How to Vote for Catriona! 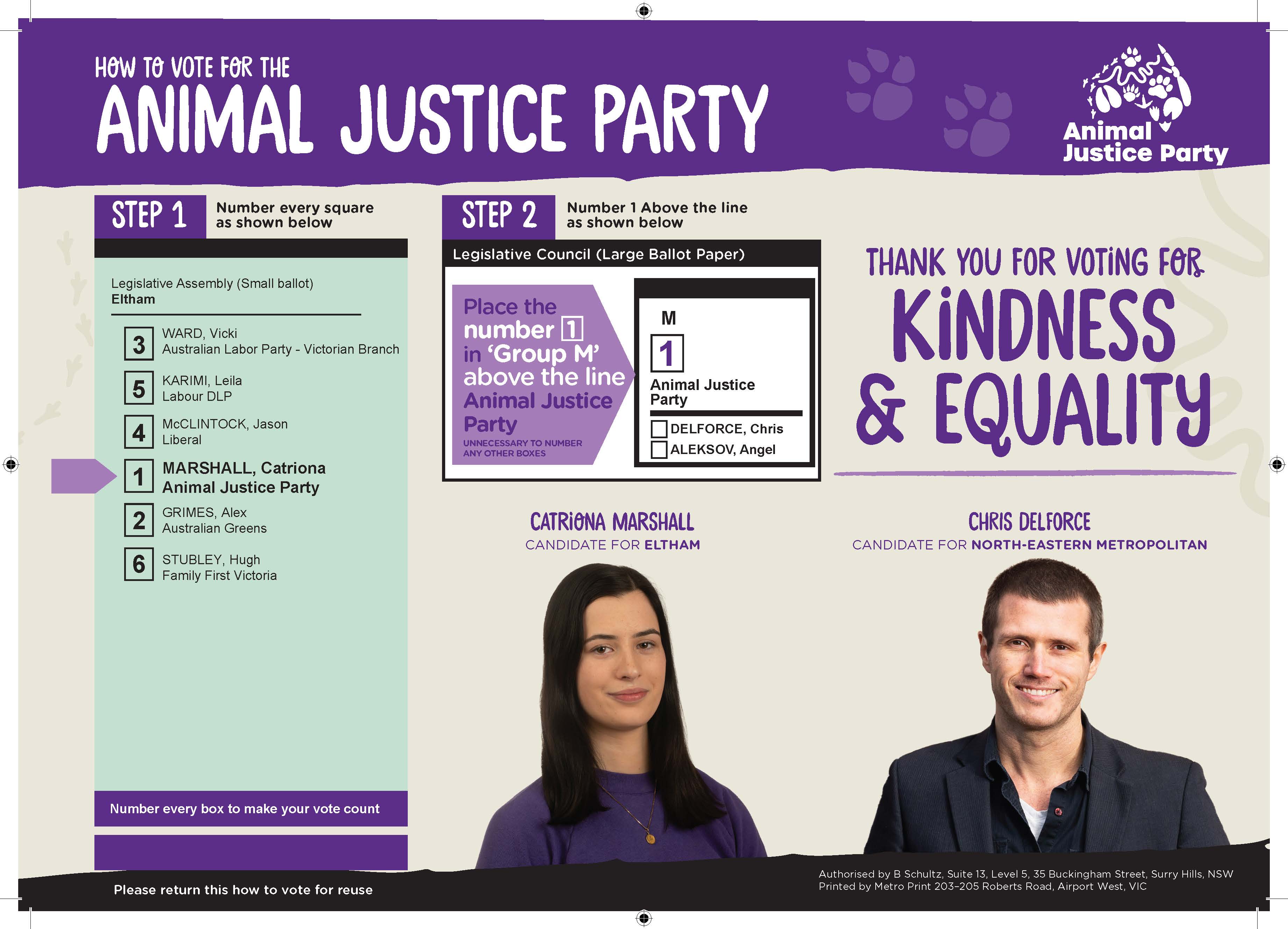