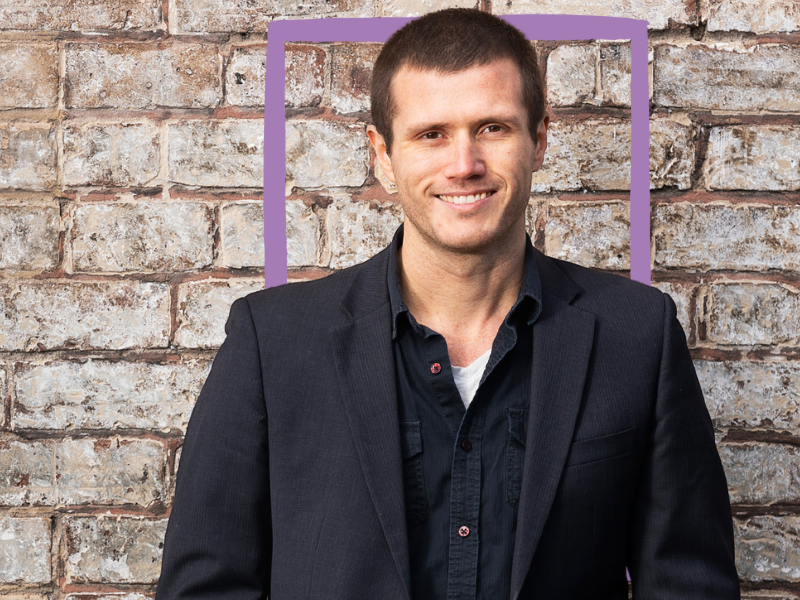 The Animal Justice Party is excited to announce that Chris Delforce is standing as your Lead Upper House Candidate for the North-Eastern Metropolitan Region in the 2022 State Election.

With a mother who worked for over 20 years in foreign aid, Chris learned from a young age the importance of social justice and compassion for all – particularly those less fortunate than himself.

As a teenager, he travelled with aid groups working with impoverished communities in Zambia and Indonesia, seeking to better understand the suffering beyond his doorstep and how he could use the privileges afforded to him to improve the lives of others: developing a deep sense of moral obligation and a passionate intolerance for injustice.

Continuing his volunteering efforts back home, Chris grew increasingly frustrated with state and federal governments. In particular, that they prioritised the interests of big business over basic human rights and the future of our planet. 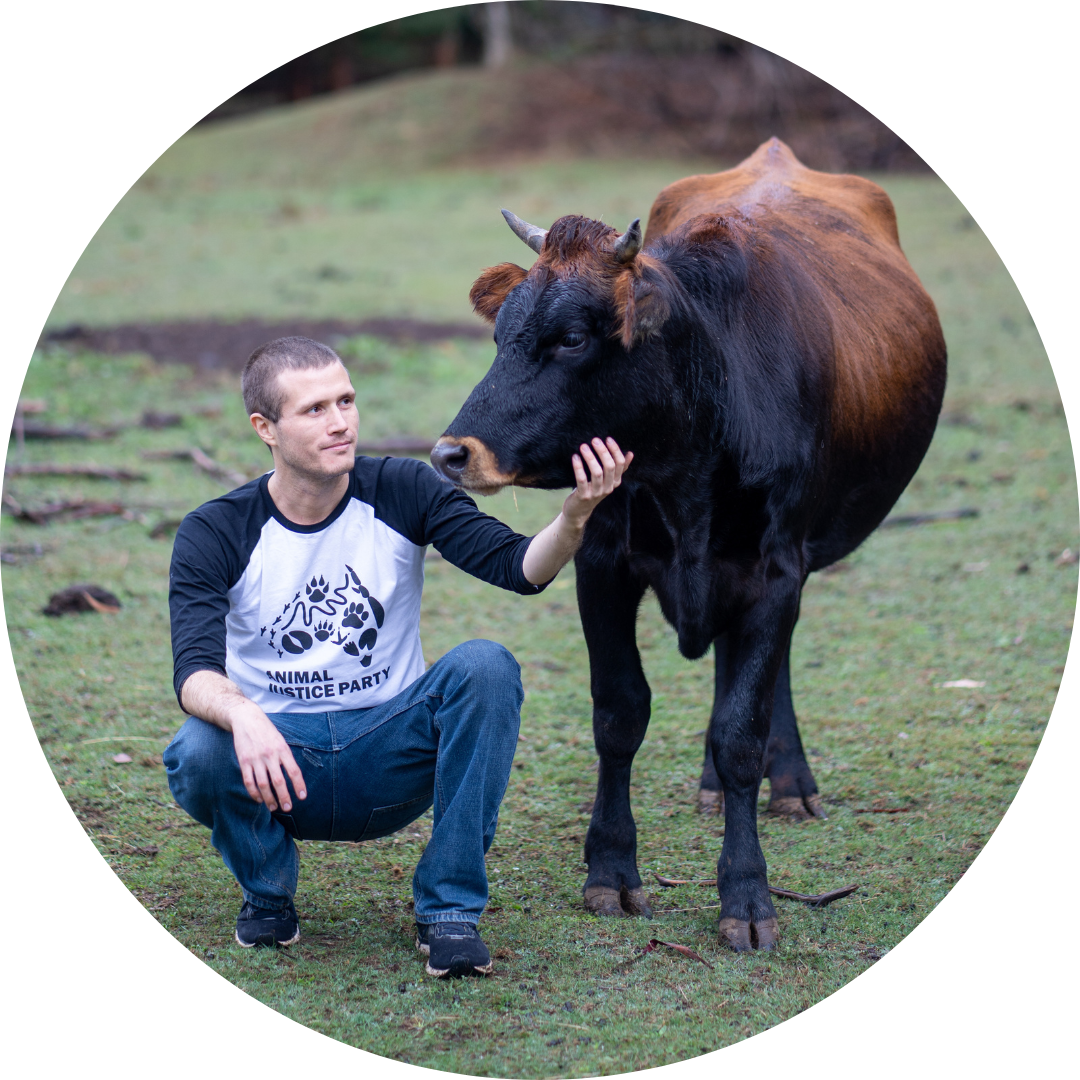 Chris was shocked to learn that Victoria's animal welfare legislation deliberately excludes farmed animals from protection against cruelty. After visiting a number of intensive chicken and turkey farms in 2011, he discovered a niche where he felt he could make a difference without needing to negotiate with those in power – a vast system of extreme suffering and cruelty, hidden from the public in a delicate shroud of secrecy.

"Most of the suffering experienced by animals in this country is not just legally inflicted, but considered standard industry practice. That is absolutely unacceptable and there’s simply no justification for it beyond the economical.”

Eleven years later, Chris has produced two documentary films (Dominion and Lucent), which uncover the brutal reality endured by animals in factory farms and slaughterhouses across Australia. He founded the non-profit organisation Farm Transparency Project (formerly Aussie Farms), and has been directly involved in investigating and exposing cruelty in a wide range of settings – from the grinding-up of male chicks in the egg industry and the use of excruciating gas chambers in pig slaughterhouses, to the shooting of ex-racehorses in knackeries, live baiting in the greyhound racing industry, and much more. His investigations have led to the closure of two intensive piggeries and three slaughterhouses. 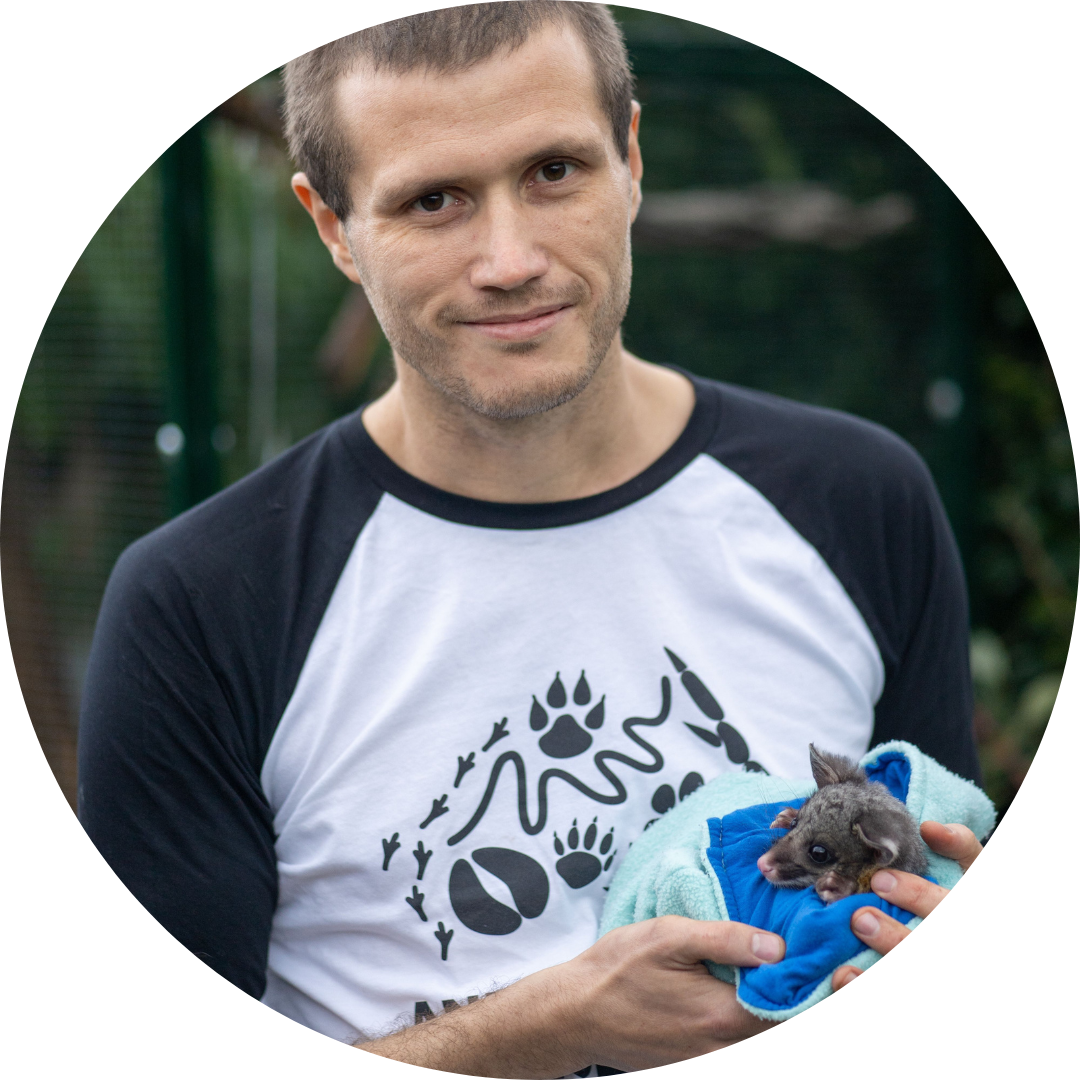 “There are so many farmers who are desperate to get out of what they know is an unsustainable industry. They’re sick of the heartbreak of sending their animals to slaughter. And yet, there’s no government assistance for them to transition into a new line of work. We need an end to subsidies for animal agriculture, new investment in the booming plant-based sector, and accessible programs for transition.”

In addition to full-time animal advocacy work, Chris is currently undertaking a law degree with a view to creatively use the legal system to improve the lives of animals. Recently, he initiated a High Court challenge to a NSW ‘Ag-Gag’ law designed to limit public awareness of animal cruelty.

Chris knows that most Australians consider themselves animal lovers, and are opposed to animal cruelty. He believes that the time has come for our outdated laws to be updated in line with society’s expectations, and for a broader shift in political focus to make life better for everyone: not just the wealthy.