Rachel grew up in Newcastle, NSW and became passionate about sustainability, animals, and the environment from a young age. She studied marketing at university, and has worked in the profession for over 10 years, including seven years in the UK. She returned to Australia in 2018 and now lives in Reservoir with her partner and three cats - Lyra, Richard and Shy.

A passionate advocate of recycling, composting, growing produce and maximising our garden spaces, Rachel believes both individuals and government need to do more to protect native habitat for Victoria's wildlife.

Having worked with many orphaned animals over the years, Rachel recognises that animal sentience must be recognised by our laws. Human impacts on animals should be factored into political decision-making in politics, rather than being the last consideration.

Since settling in Melbourne, Rachel has proudly been very involved in her local community. As well as being a member of the Friends of Edwardes Lake group, a foster carer and fundraiser for several cat charities, Rachel is an experienced wildlife rescuer. She has also written two children’s books focused on conservation (with all profits from sales going to wildlife charities) and photographs wildlife as a hobby.

Rachel has supported local campaigns to protect Edwardes Lake and Preston Market, and improve the parameters of the Epping pound facility. More broadly, Rachel is committed to supporting the work of domestic animal and wildlife volunteers and carers, conservation of native bees, ending commercial kangaroo culling, protecting and conserving natural habitat and increasing transparency and education around the Australian political system.

Rachel is standing as your candidate to ensure people in the local area have a choice to put animals first. She wants the community to understand that they play a fundamental role in progress and holding politicians accountable. Voting outside of the two major parties is not a wasted vote, but rather an opportunity for the community to demand better. 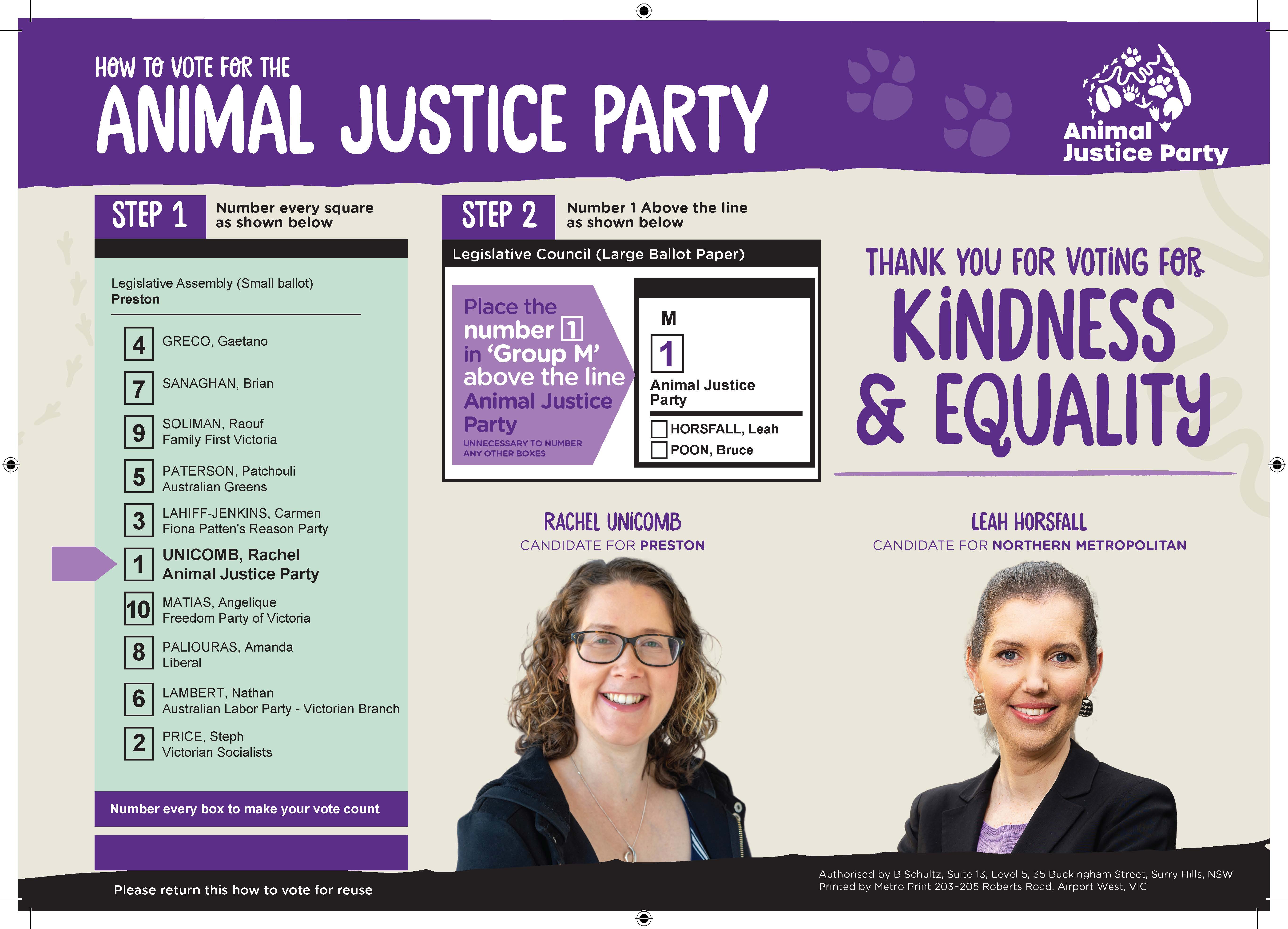