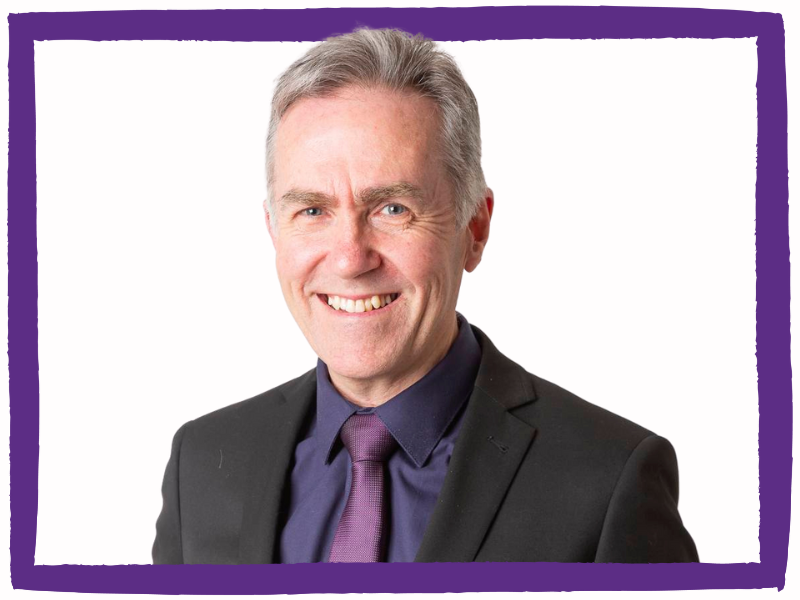 Mike Fuery is proudly standing as your Animal Justice Party candidate for Benambra. As a paramedic for 39 years, Mike has served his current community based on Dhudhuroa Country in Wodonga for the past 27 years.

Working in acute healthcare, Mike's focus was to alleviate the suffering and pain of many people who succumbed to illness or injury, and to preserve life where he could. But in recent years, he has witnessed some of the worst examples of human behaviour in the mistreatment of animals.

In recognising that we all suffer equally, it became apparent to Mike that there was much to be done in protecting the interests of animals and to improve our relationship with them. He believes that the political sphere is one area where such changes are possible to achieve.

Mike is grateful to have met many compassionate local heroes who provide rescue services and maintain sanctuaries for vulnerable animals, but who struggle daily to do their work. Another voice in Parliament will help to bring attention to their selfless efforts and advocate for more support to allow rescuers and carers to continue their work.

Over his career, Mike has experienced first-hand the burden of disease that weighs heavily on our health system, impacting the lives of the community and those who work within it to provide care. There are no quick fixes, but Mike believes education and repairing a harmful food system are the keys to helping people achieve better health and happier lives.

Further, Mike has become greatly concerned that current agricultural systems directly contribute to the emergence of zoonotic disease and antibiotic resistance. Unless the cause of these problems are addressed, the future of public health will be further placed in peril.

As part of this, Mike realises that acting to address animal agriculture will assist in combatting the climate emergency, and protect many native species whose populations are in decline.

With extinctions accelerating and ecosystems collapsing, this is a crisis that needs the urgent attention of our political leaders.

Conscious of the conflicts that occur with wild animals as our living spaces expand into theirs, Mike has researched methods that allow us to peacefully co-exist with wildlife - while still allowing people to pursue business and leisure activities. He is keen to bring awareness of this non-violent approach to a larger audience.