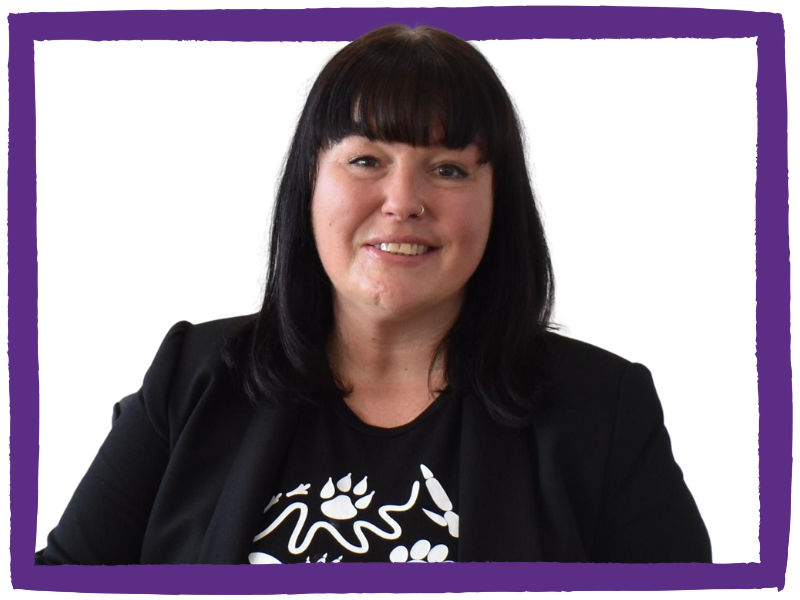 Naomi lives in the Greater Geelong region with two senior rescue dogs, and is proud to stand for election with the Animal Justice Party for South Barwon.

As a psychologist working in community settings for many years, Naomi works with adults and young people, providing services for the whole community including veterans and their families, victims of crime, and the LGBTIQA+ community. She is passionate about ensuring that Victoria's mental health sector is properly funded and places those with lived experience at the forefront of mental health reform.

In 2017, Naomi became a member and an active volunteer with the Animal Justice Party's Western Victoria Regional Group. This will be Naomi's fifth time running as a candidate with the Party, because she is committed to ensuring our values of Kindness, Equality, Rationality and Non-Violence are reflected in politics.

Passionate about animal and human rights as well as environmental protection, Naomi is a firm believer of ‘walking the talk’. She is involved in various forms of community advocacy, and particularly wants to see an end to duck shooting season.

If elected, Naomi's priorities will include securing a ban on the cruel 1080 poison which has disastrous effects on animals including native wildlife. She will also implement the Animal Justice Party's plan to support farmers to transition away from climate-destroying animal agriculture, and towards ethical and climate-proof jobs including plant-based farming. 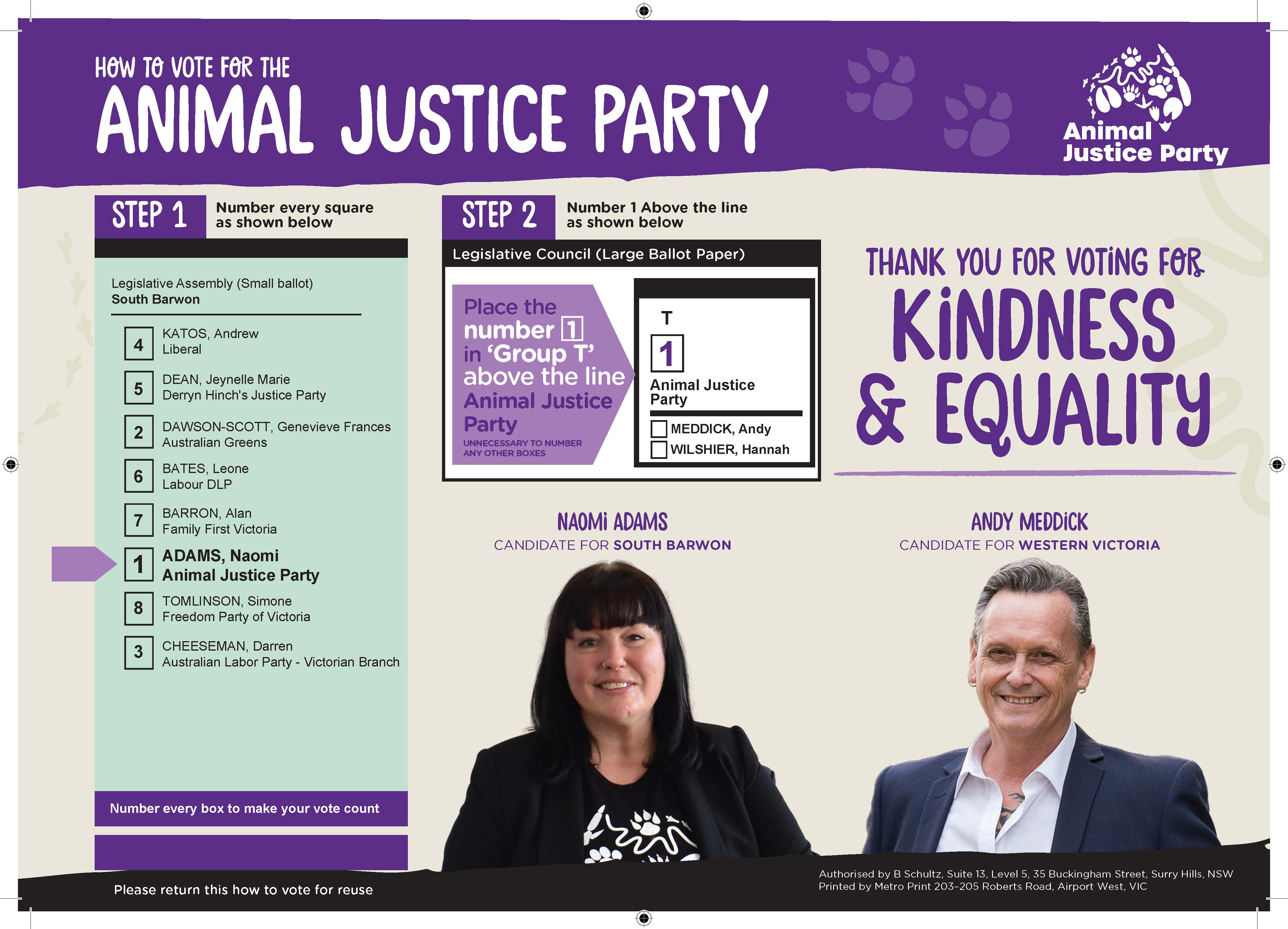