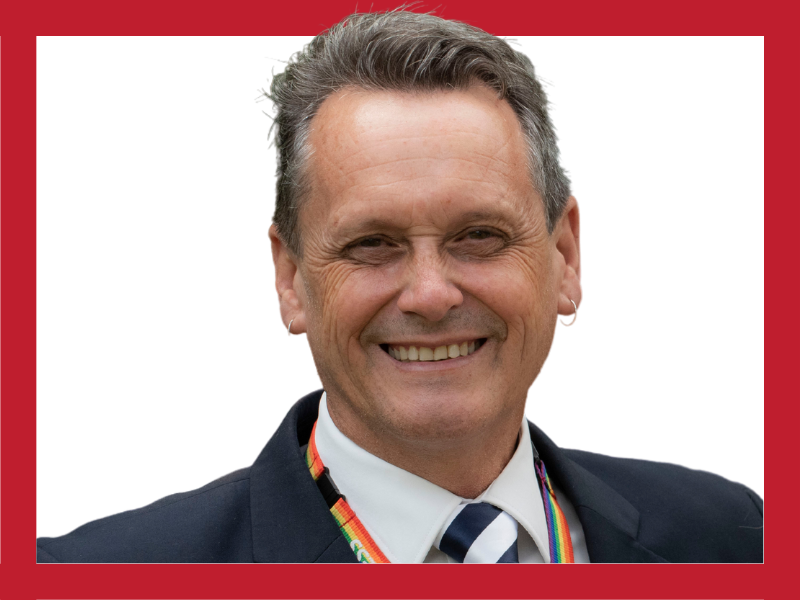 In November 2018, Andy Meddick was proudly elected as the Animal Justice Party Member of the Legislative Council for Western Victoria.

After growing up on the central coast in NSW, he has called the beautiful Surf Coast in Western Victoria home for many years. Andy lives with April and their two amazing children, their rescue greyhound, rescue shitzu and three cats.

Andy has been a dedicated animal rights campaigner for many years, and from early on recognised the critical role that the Australian parliamentary system plays in creating positive change for animals. He has devoted many years to the Animal Justice Party, volunteering in many roles including on the State Committee and the Policy Team, and was instrumental in the growth and direction of the Western Victoria Regional Group, as well as guiding the growth of the now independent Ballarat Sub-Branch.

Andy has been a long-time campaigner against duck shooting, live export, jumps racing, greyhound racing, animal circuses and rodeos, and the horrific 1080 poison. We're so proud to have him taking this fight into the Victorian Parliament, where he has not only held the Victorian state government accountable for their decisions that lead to immense animal suffering but has bettered this by securing funding and reform commitments from them.

We list a number of Andy's achievements here - Our Achievements.

Donate to get Andy re-elected!

Contesting elections is a costly exercise. We estimate it will cost us a minimum of $50k to cover candidate fees, advertising and printing for Andy's re-election campaign. We'd love to double or triple that to give him the best chance of being re-elected to represent AJP in the Legislative Council for the Western Victoria Region. Can you chip in to cover some of the costs?

There is a donation cap and disclosure threshold for donations to state election campaigns in Victoria. More information is available on our Political Donations page

*Donations made by Australian citizens or residents over $2 to a maximum of $1,500 per year are tax-deductible.

Want to donate up to the $4210 General Donation Cap?