What is the AJP's Stance on Companion Animals?

If you’ve been on social media lately, you may have noticed there’s a new Party comprised of a small group of people, who have been very vocal about the Animal Justice Party (AJP) and our stance on companion animals.

So, we want to make the situation clear.

The Animal Justice Party does NOT want to ban companion animals. 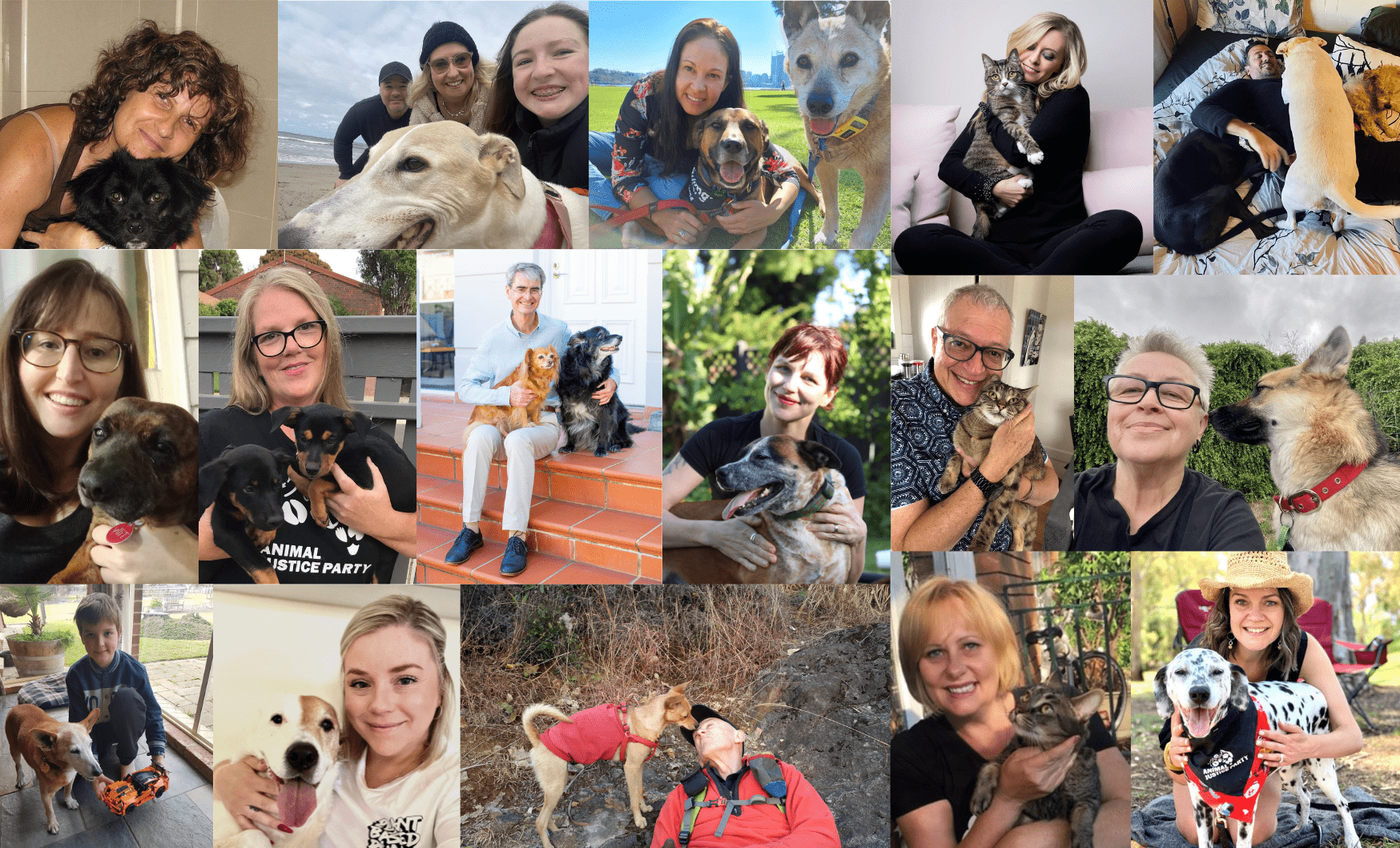 We have a Companion Animal Policy which has been created with only the best welfare outcomes for animals in mind. We care a lot about the wellbeing of companion animals and work hard to ensure that our furry friends receive full protection under the law.

A big part of this is educating people to think of animals as individuals, rather than commodities. And while we know most people with companion animals already share this mindset, the sad reality is that thousands of companion animals are unwanted and unloved.

Too many animals are put to death every year in pounds and shelters while others suffer from cruelty or neglect.

So how is it that in a country of animal lovers, this situation is allowed to exist?

In short, we breed too many companion animals.

A new business model has emerged that has been cashing in on people’s desire for ‘designer’ dogs, or those of a specific breed. They’re called puppy farms.

Puppy farming is the intensive factory farming of dogs to supply the pet trade industry.

The AJP has been campaigning heavily to have puppy farms banned across Australia.

This does not, of course, mean all breeding will be outlawed; it simply means we want to introduce a nationally consistent Breeder Registration system to stop dodgy breeders and reduce the number of animals born without loving homes available.

We believe that companion animals should be treated as individuals, and not possessions.

They should be a valued member of the family and not a commodity.